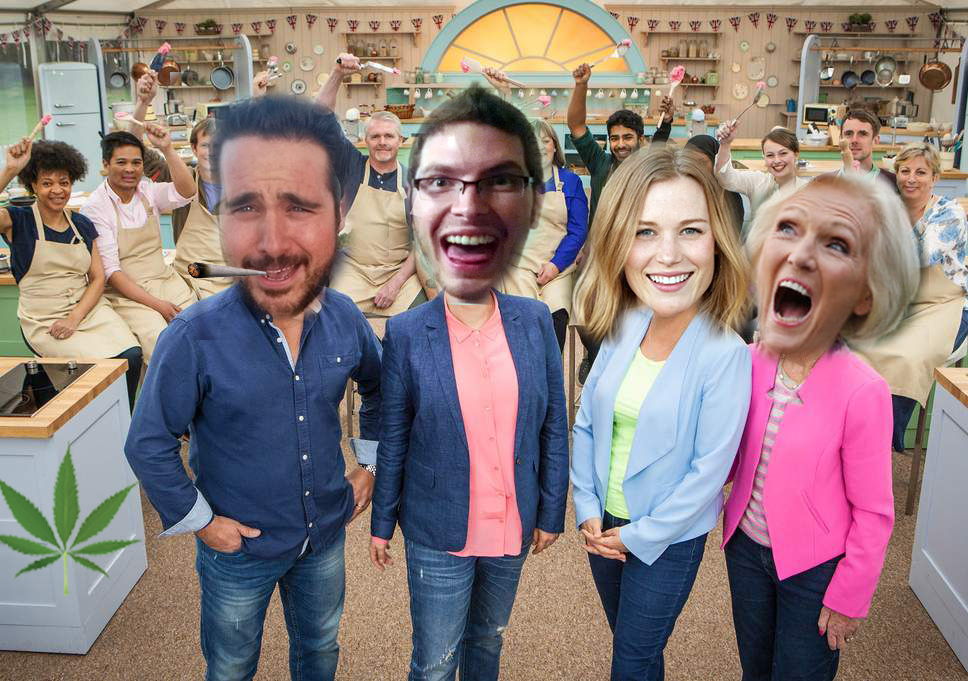 On this episode of Highbrow Reviews, WE get baked and review the Netflix sensation, The Great British Baking Show. But before we can get started, Chris must brag for just one quick second about his heroic DVD purge. Guys, you won’t even believe it. Chris did the selfless act of finally saying goodbye to two Batman movies and the Hitchcock box set. Oh, but hold your applause! Listen to the episode to learn exactly how Chris, the good Samaritan, got rid of them.

This week we get high on gelato and play a game called “Buddy System.” If you can believe it, Max and Claire really get each other (true buds) and use their super nuanced understanding of the world to succeed at this game.
And, because we can use show notes as an opportunity to make corrections, I would just like to state for the record, it is spelled sher-BET and pronounced as such. This is a quick PSA for those of you using a Google Home, if you ask it to spell sherbert, it will just spell sherbert. The same way it will spell bananer if you ask it to spell bananer. So, the lesson of this week is, we still can’t totally trust the internet. But we can trust that The Great British Baking Show is great to watch high.